Chief Jay Riley leads the Fire Division. The administration manages the personnel, budget, and capital expenditures for the division.

Chief Jay Riley was appointed as Marysville Assistant Fire Chief in 2007 and promoted to Fire Chief in 2012. Prior to joining the City, he served the Holmes Fire District 1 in Millersburg, OH, and the City of Green, OH Fire Division. He is a Chief Fire Officer Designee through the Center for Public Safety Excellence. Chief Riley holds State of Ohio certifications as Firefighter II, Paramedic, Fire Safety Inspector, and Fire Instructor.

The Operations Bureau is divided into three shifts working 24 hours on and 48 hours off. Each shift is led by a shift lieutenant. 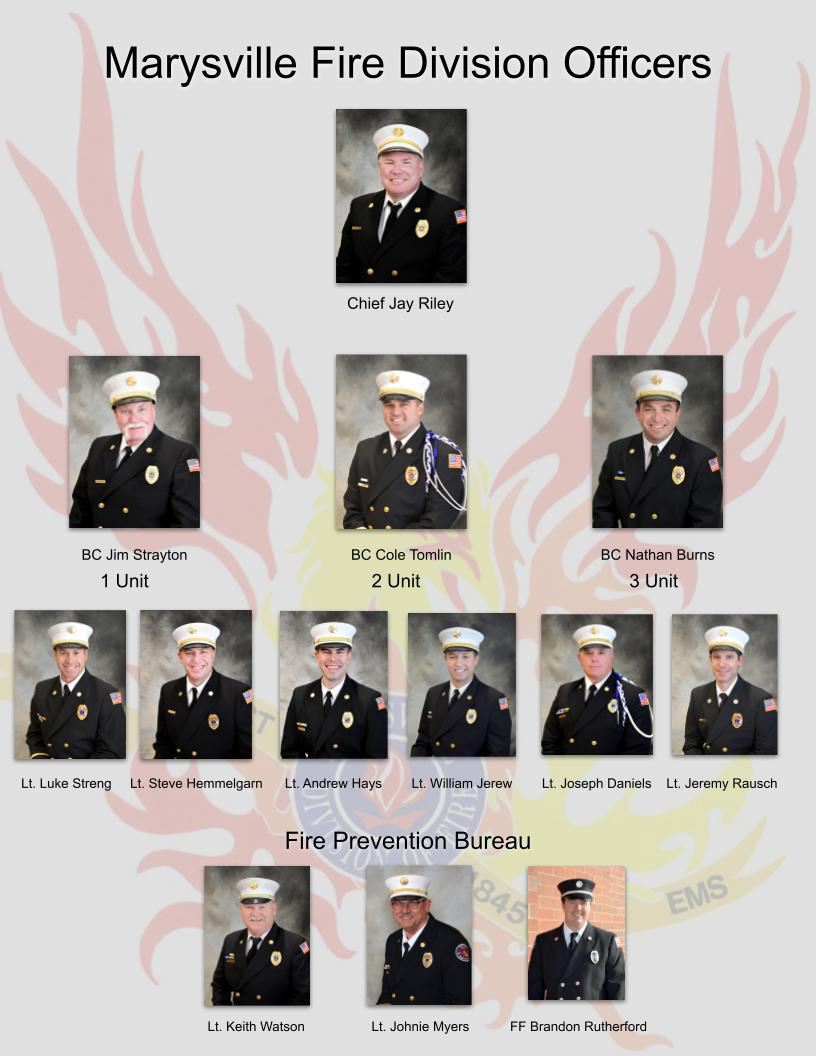